A bidirectional solid state relay (SSR) can be considered an analog switch. It can control AC or DC like a mechanical switch without the problem of mechanical contacts.

I had a PVA1352 left over from plasma cutter repair days. That is pictured above driving an LED.

The output switch is controlled by radiation from a GaAlAs light emitting diode (LED), which is optically isolated from the photovoltaic generator.

The PVa1352 is obsolete and hard to find today. I searched for an alternative. 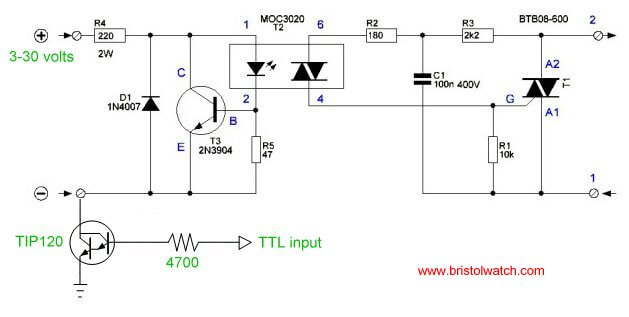 Fig. 2 illustrates the internal construction behind bidirectional SSRs. This consists of a photovoltaic opto-coupler such as the VOM1271.

The output consists of two MOSFETs connected gate-to-gate and source-to-source. The output is taken from the two drain connections on the MOSFETs.

The positive side of the VOM1271 goes to the gates and the negative to sources. While N-channel MOSFETs are used here, P-channel works just as well reverse the positive and negative connections. I have built both.

Fig. 3 is the electrical connections to the PV1352 that doesn't show the two MOSFETs.